RAMAN Bhardwaj got soaked by sprinklers during a live TV show.

The STV News reporter was at Rugby Park ahead of tonight’s clash between Kilmarnock and Arbroath.

However, the sportswriter’s article was cut short when water started pouring from the pitch.

In a heroic effort to keep the show on the road, he continued to present.

And said, “As the sprinkler comes right over me, I hope you can still see me. I went to get a towel.”

Back in the studio, veteran presenter John MacKay joked: “Well it’s obviously raining in Kilmarnock, let’s see what it’s going to be like elsewhere, here’s Philip [with the weather].” 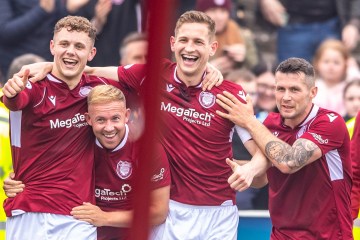 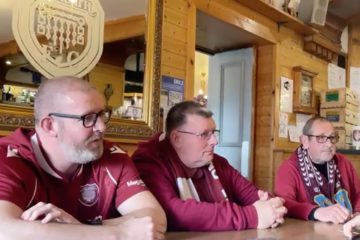 Amused viewers flocked to social media, as one commented: “Hilarious – Raman Bhardwaj on STV live from Rugby Park and got soaked by the sprinklers nearby!

Another said: “Raman Bhardwaj gets soaked by the sprinklers -ahahahahaha”

While one added: ‘Well done that man – you handled him well!

It comes after BBC viewers were seriously distracted as Nicola Sturgeon spoke to reporters at a Glasgow pantry.

The Prime Minister spoke to Reporting Scotland at the People’s Pantry in Govanhill during the launch of the SNP council election campaign.

As she spoke, Mrs. Sturgeon stood in front of a very crude symbol painted on the wall.

Viewers quickly saw the fun side of the blunder given the innuendoes often associated with the fruit.

5 days ago Eddie A. Tirado